On my third visit to the the local Marksman pub on Hackney road, I just knew the odds had to be in my favour. I thought about calling ahead to put my name down for this one particular thing but that felt too ridiculous. Today had to be the day I finally got what I was denied on my two previous visits (on the second visit the news had been met with my dining companion physically slamming her head on the table). This time, however, when the waitress returned a little too quickly after we ordered, my gleeful anticipation dropped as she said: “I’m sorry, there are no brown butter tarts left.”

All was not lost. My quest for sampling that famously instagrammed tart (that Jay Rayner curiously described as having ‘the wobble and softness of a newborn’s thigh’) may continue, but at least there was another dish that I had actually already sampled that had been enticing me back again and again. It was the famous beef and barley bun with horseradish cream. A sort of Chinese dumpling meets the best Sunday roast you’ve ever had, it’s a dish that alone makes the Marksman worth a visit.

On this particular Saturday lunch, the beef and barley bun was followed by a delicious salad of chicory, pickled pear, hazelnut and Harbourne blue cheese. After that was burnt bay bread sauce topped with the smallest quail I have ever seen (check the lemon slice for scale)! I can’t deny it was delicious. I also can’t deny the fact it felt like I was eating a small hamster.

A dish of juicy pink duck with escarole & anchovy came next with a side order of the Marksman’s wonderful fried potatoes with burnt onion mayonnaise. Giving the Quality Chop House’s famous confit potatoes some healthy yet deeply unhealthy competition. The bad taste that was left in my mouth after the news of the no show tart, was soothed by a delicate buttermilk ice cream with berries and toasted oats.

It was only a week later that I was stumbling back into the Marksman on a very hungover Sunday morning. I had gone—with the intentions of being a good son on Mother’s Day—to the one place you must never go on a hangover; Columbia Road Flower Market. After elbowing my way back out of the crowds, I popped into the Marksman for one of their new bacon buns I had seen on my feed the week before. Similar to the beef and barley bun, but this time a Chinese dumpling meets a bacon sarnie. You can trust me, it was a the most delicious pillowy ball of magic that successfully cured the worst of hangovers, or at least made me last the train ride down to Sussex. 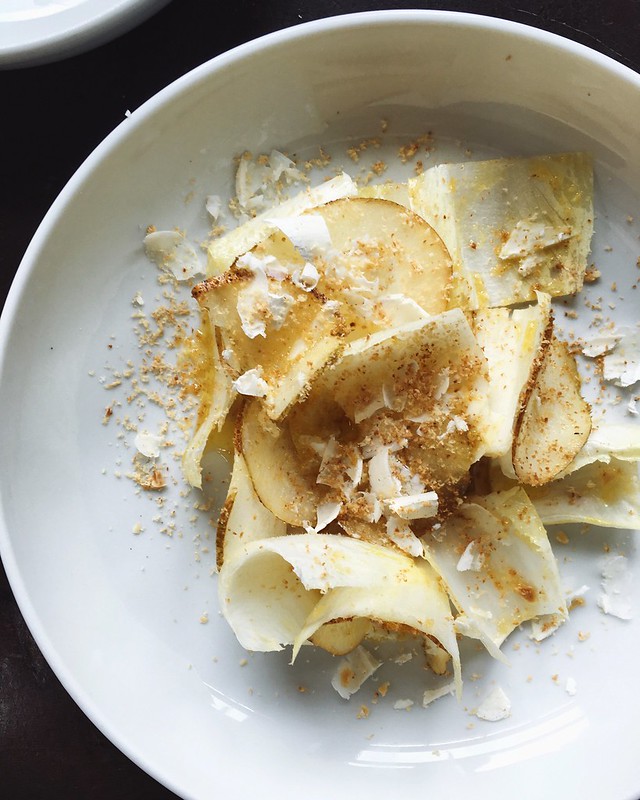 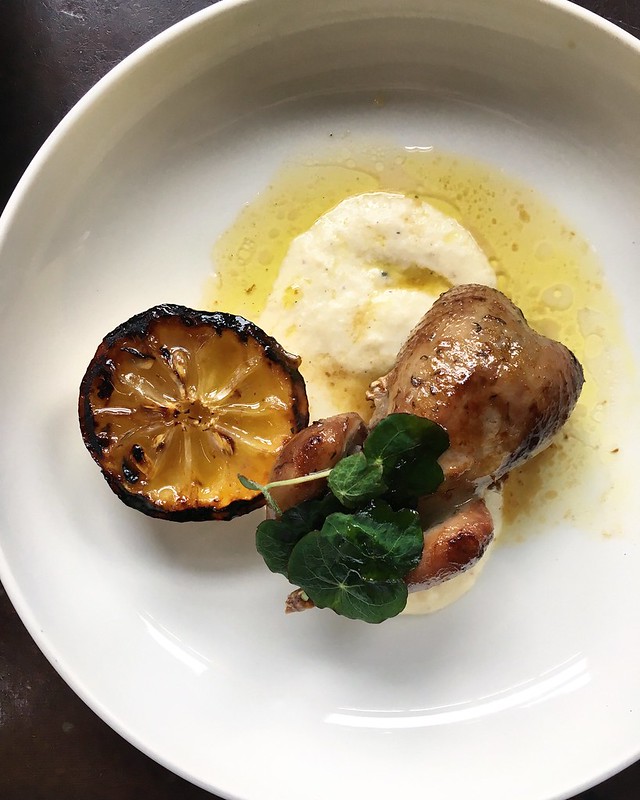 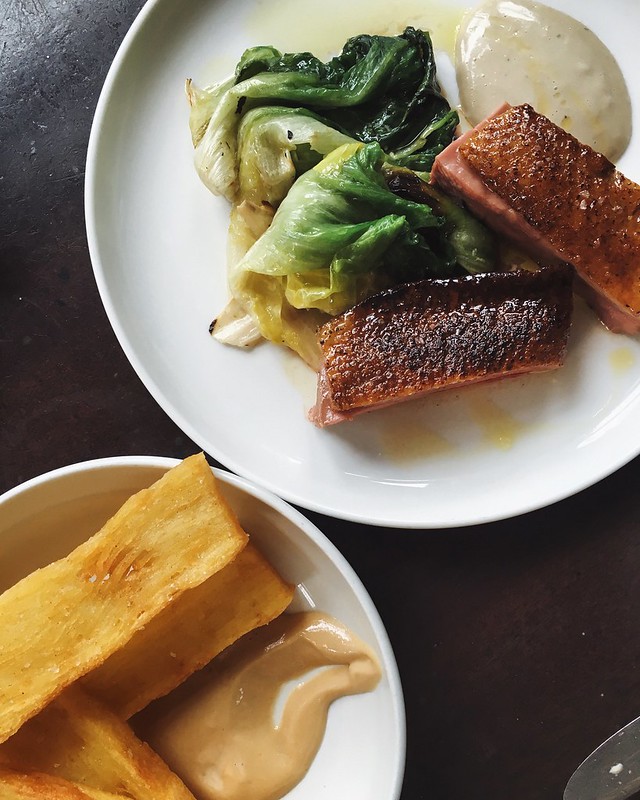 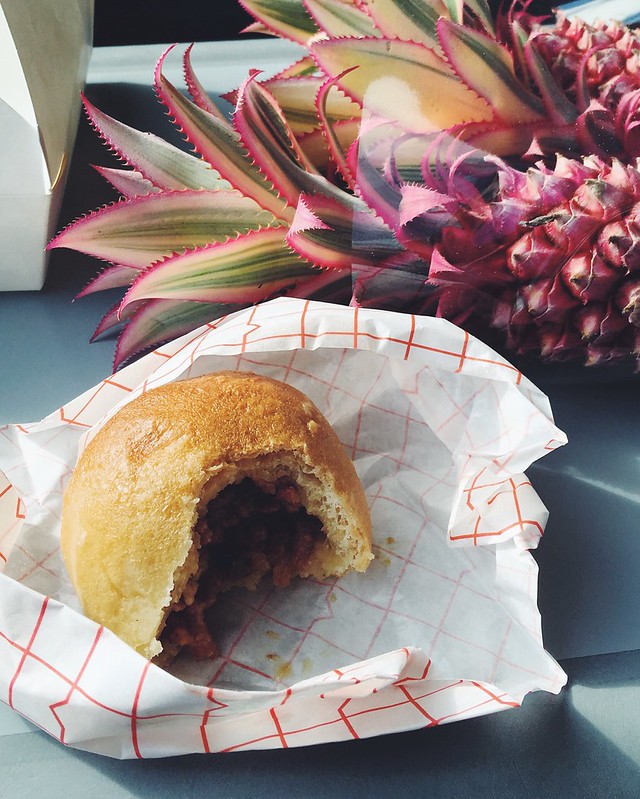